An idea and a love for running between friends became a life changing adventure leading to hundreds of thousands of runners enjoying a RunThrough event. 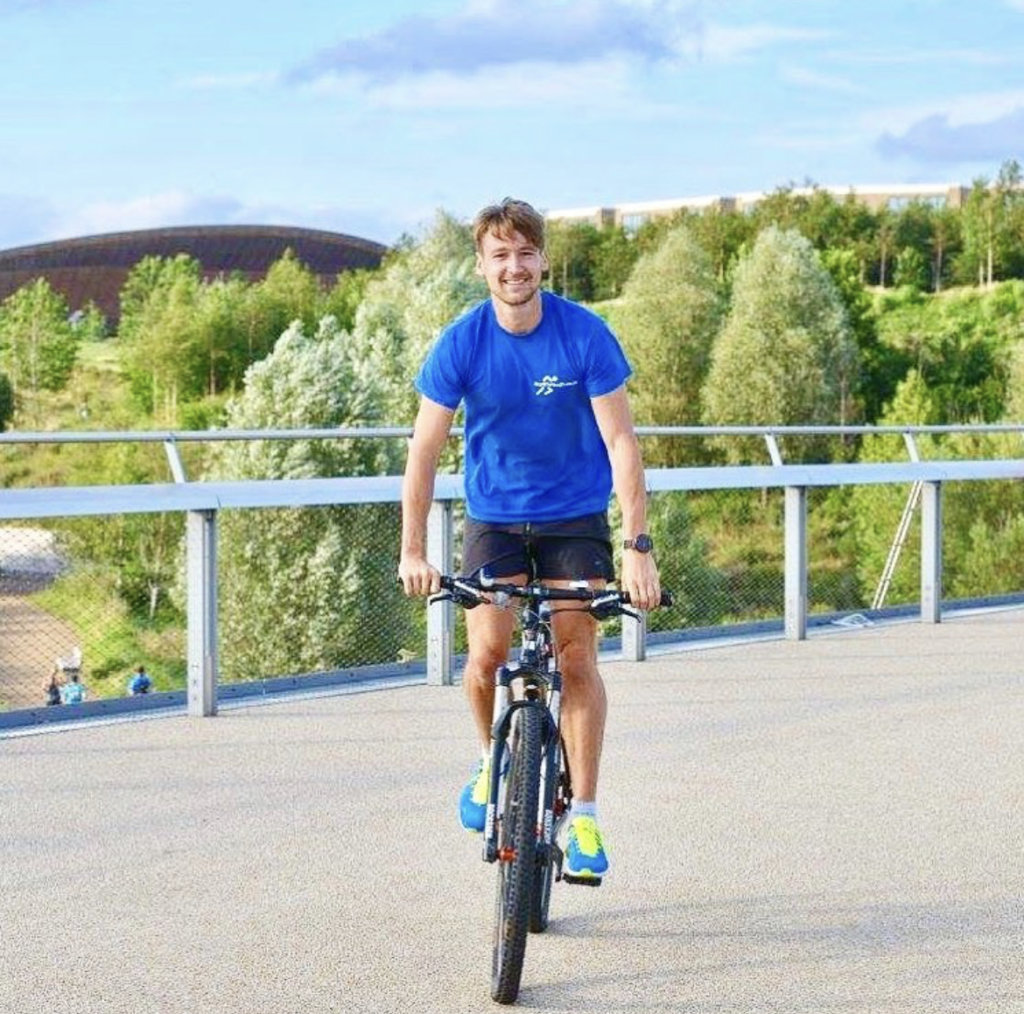 t’s not just kept me physically healthy, exercise has had a huge impact on my mental health over the years and also driven me to develop ambitions, motivation and commitment. I grew up from a baby seeing my dad and uncle running. My dad was an age group world 1500m record holder, a national cross and 1500m track champ, my uncle was a 28 min 10k, 62 Half and 2-12 marathon runner (World Champ Team Bronze medallist) and my brother was Northern 800m age group champ, so it’s always been in the family. I medalled in the national championships at 15 but didn’t win my first “big” title until I was 18 when I won the 1500m Northern Championships. For the next 4 years I took athletics pretty seriously, on a scholarship at Loughborough whilst representing England on four occasions and, for a short time, being ranked in the top 10 under 20s in the world for 800m. After Uni, running took more of a back seat as I moved to London and got stuck into Unilever’s Finance Graduate Scheme, where I used running and fitness more for the mental benefits of keeping active. 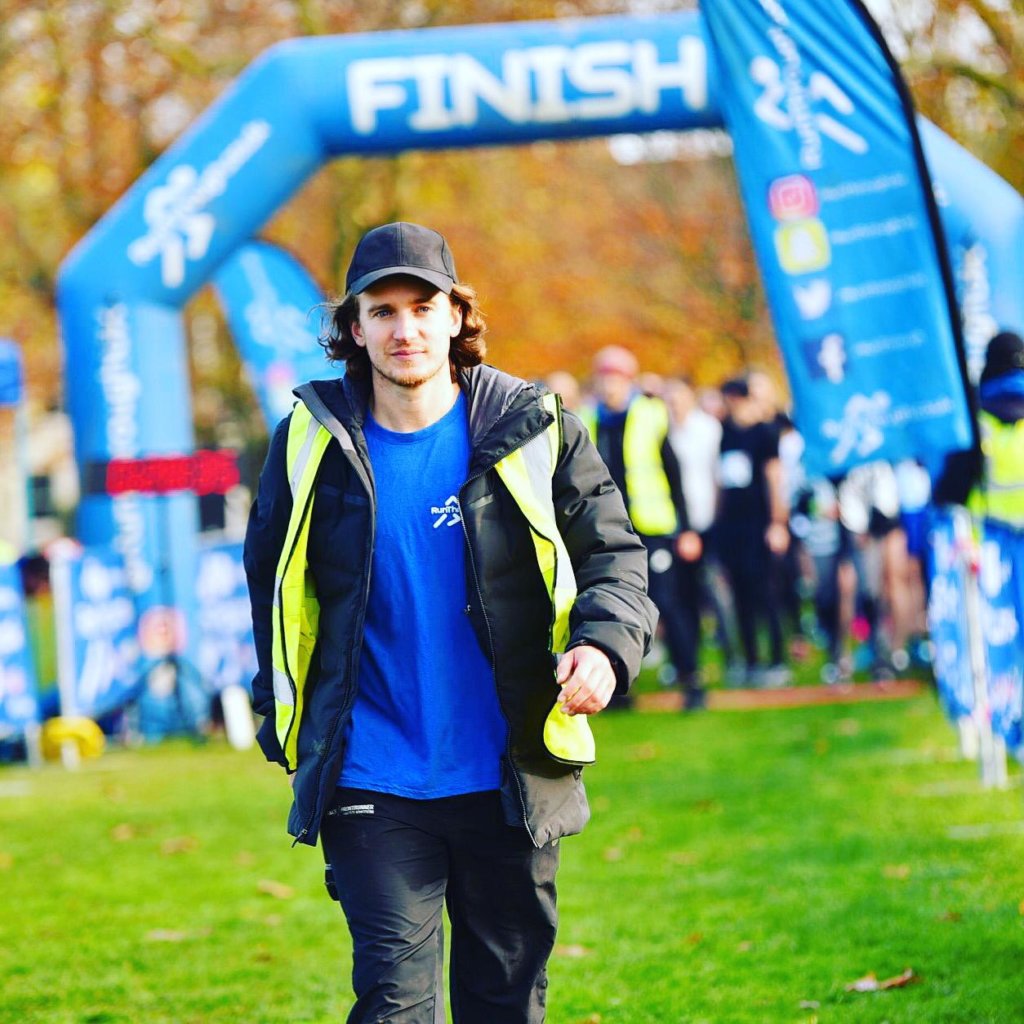 I got into running at a young age through a combination of being naturally quick over the sprints and having a father (2.30 for a marathon and current North of England Athletics Chairperson) who loved running. As well as playing football at a high level regionally I competed over all distances until specialising in middle distance at around 14 years old. I won my first national title over 800m in the u15 category, I won my second national title in the u17 category over 1500m setting a British record which lasted 10 years. I then competed for my country twice over the next two years in Europe, winning on both occasions. I then went to Loughborough University on a sports scholarship, where my time was plagued with injuries before finally ending with a broken femur, I spent my final year on crutches for the most of it. It was during this time I became heavily involved in the behind the scenes of running, I was Loughborough Athletics Club Chairperson (at the time the largest athletics club in the UK) where I was exposed to organising athletics events, social events (at some venues we hold races at today) and spending time making lots of friends in the athletics world.

Ben was working in a senior position at Unilever and Matt was running his own web and digital marketing agency however their love for running brought them together. Matt and Ben had an urge to bring that love to as many people as possible and so the plan was hatched to break into the events industry.

On March 10th 2013 RunThrough hosted their first event at the iconic Bushy Park, in South West London. Matt and Ben where joined on the start line by 300 runners ready to take on a 10k, and so it all began! Numerous other races at Wimbledon Common, Greenwich Park and Clapham Common soon followed. It didn’t take long for RunThrough to step into the world of road closed races and so held the first Cheshire 10k, a full road closed race starting and finishing at Arley Hall, in September of 2013. 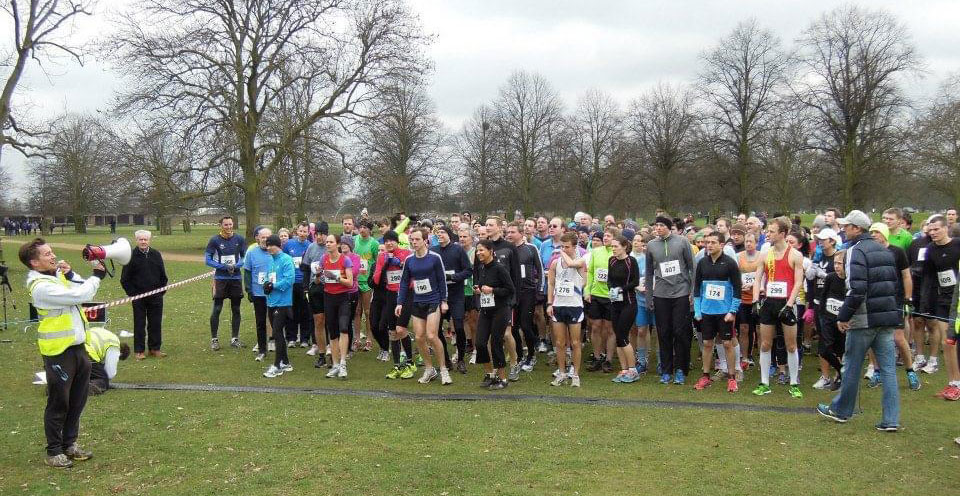 While both continuing to work full time jobs, Matt and Ben started a free weekly running club in London. Initially with 3 free weekly sessions at Clapham Common, Brockwell Park and Wimbledon Park which they both lead the sessions for. RunThrough Running Club was born.

Adding more events to the calendar RunThrough started to become a name within the London running community. Matt and Ben were always reivesting back into growing RunThrough and improving the quality of the events. New venues were soon added at prestigious venues like Hyde Park as well as multiple options at the existing venues.

The fire was very much lit and the ambition for RunThrough to become the largest running events company in the UK, offering accessible and affordable running events to as many people as possible started to grow into a reality. 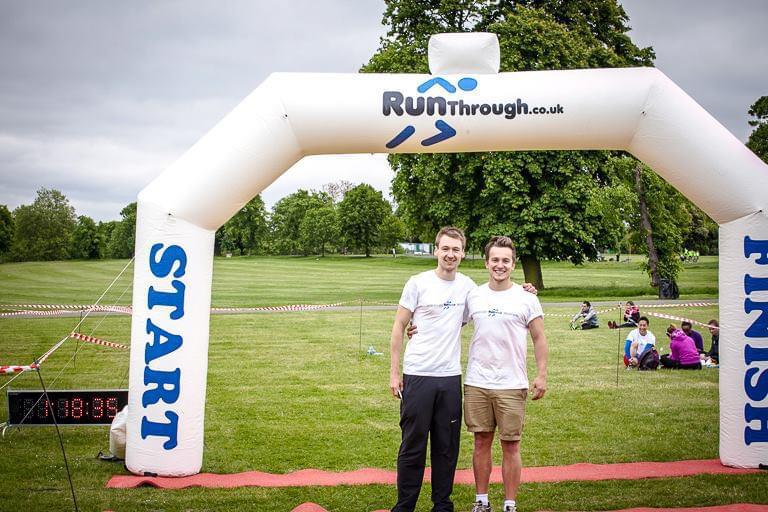 With new venues at Olympic Park, Battersea Park, Victoria Park and a bulging calendar Matt and Ben then decided to go full time. With Matt winding down his business and Ben leaving his job at Unilever. They were quickly joined on their journey by their first full time employee Sophie! 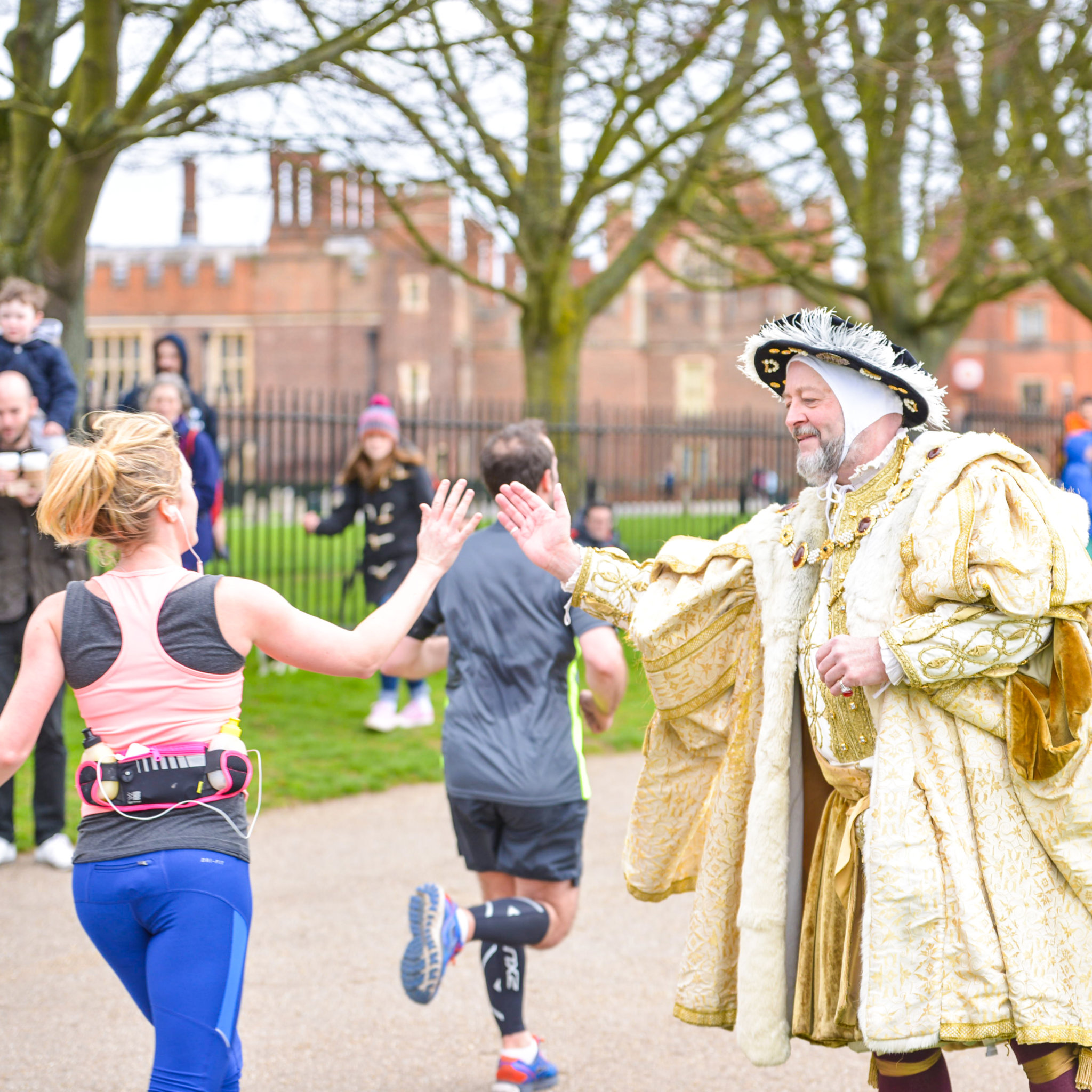 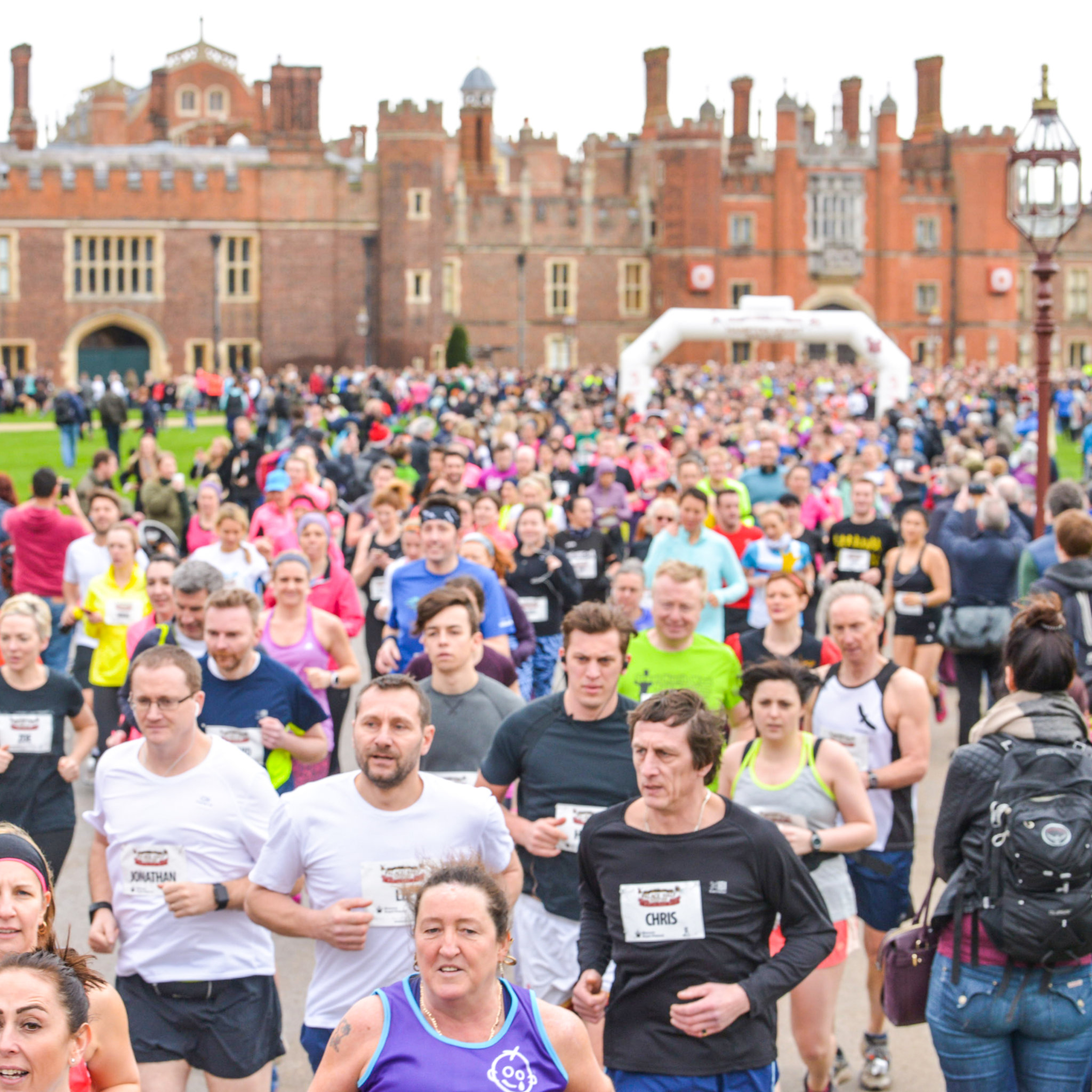 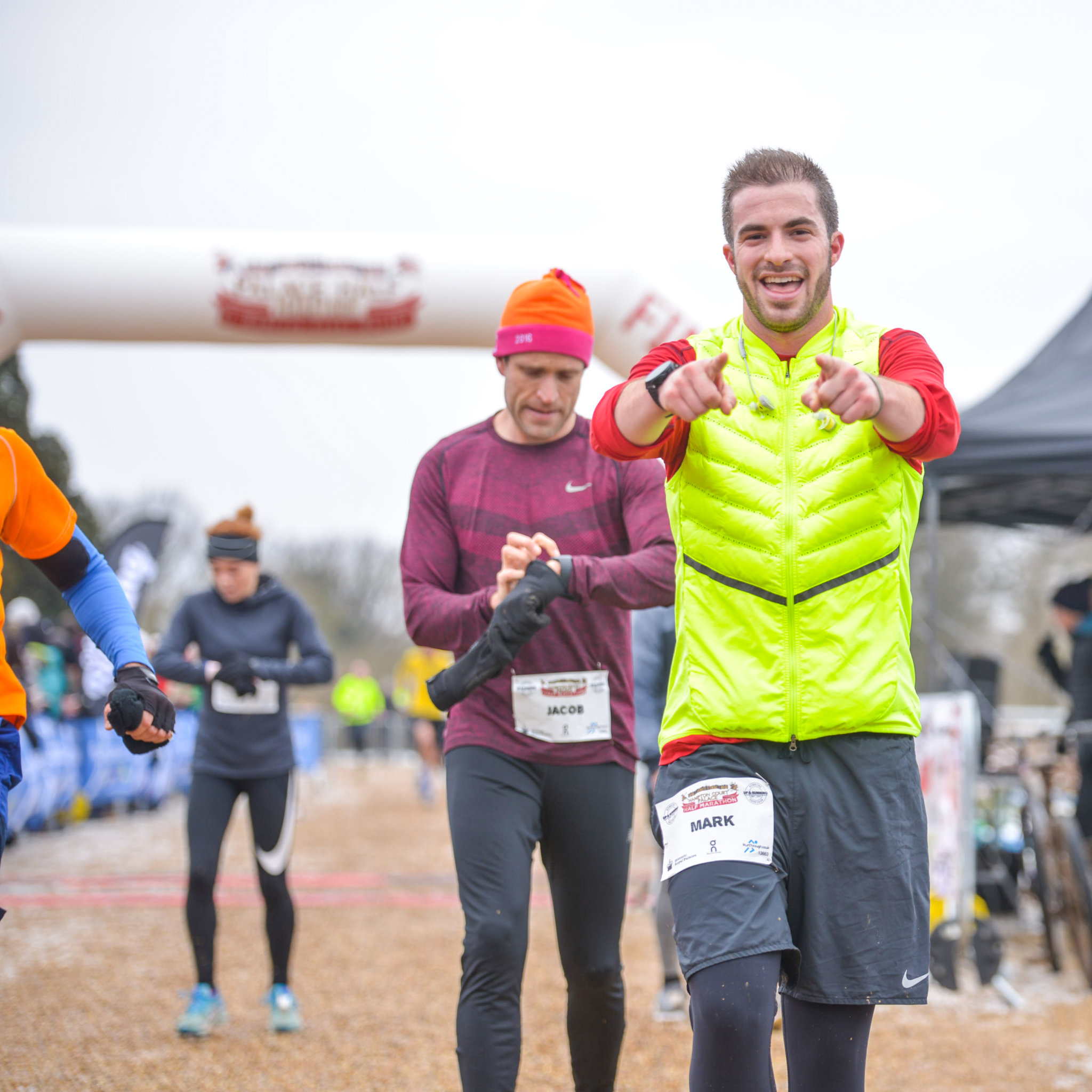 With the number of events on the rise and the RunThrough Community growing in size and enthusiasm it was time for the RunThrough Team to grow too, and so in 2016 Jack and Lucy joined the team full time!

In 2016 we saw the birth of the Chase The Sun Series, a midweek evening 5k & 10k race at many of London’s most popular venues, and the addition of a brand new and exciting fully road closed half marathon held at Thorpe Park – opening up our events to even more runners. There was also a move to host more events in the North West with Tatton Park joining the growing list of venues, 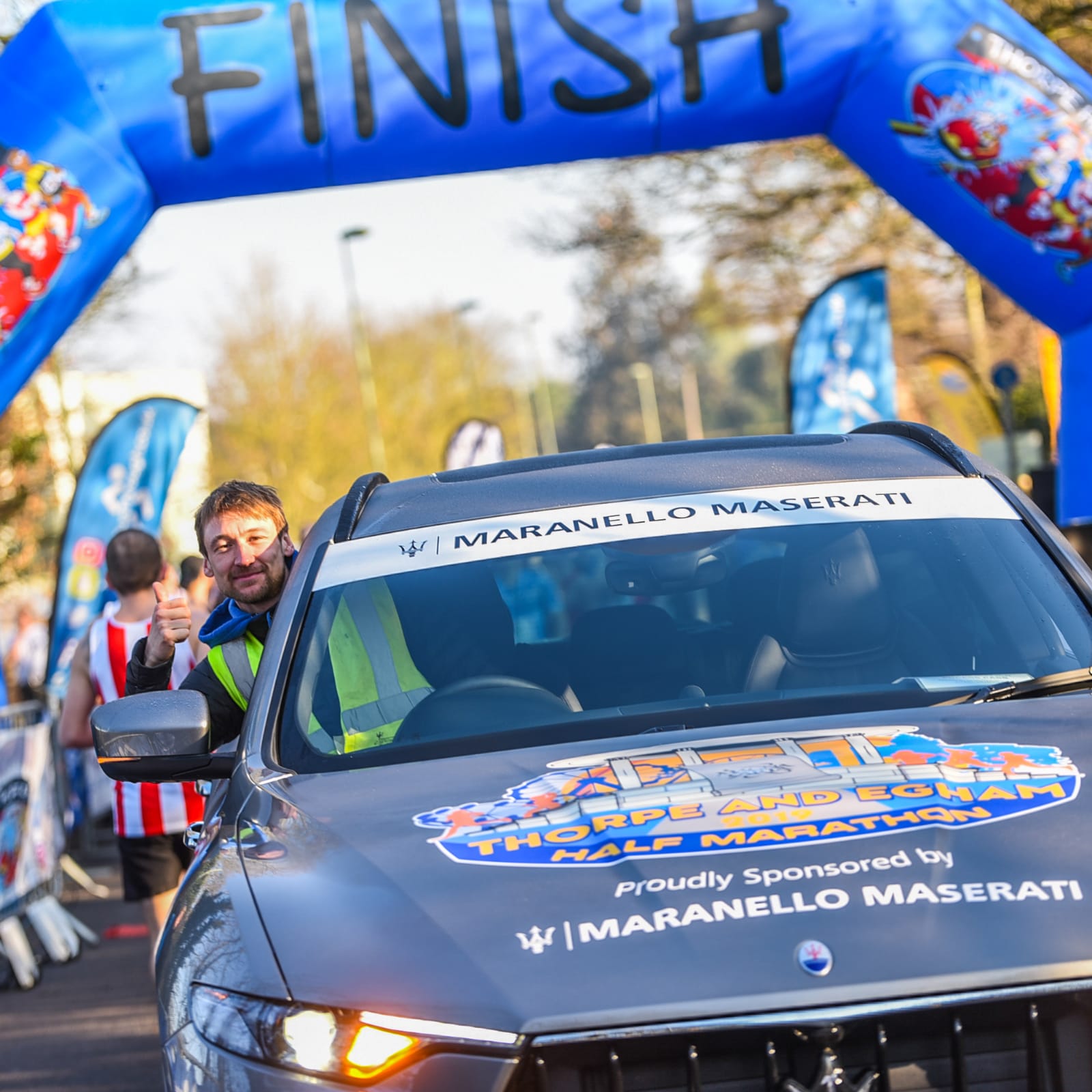 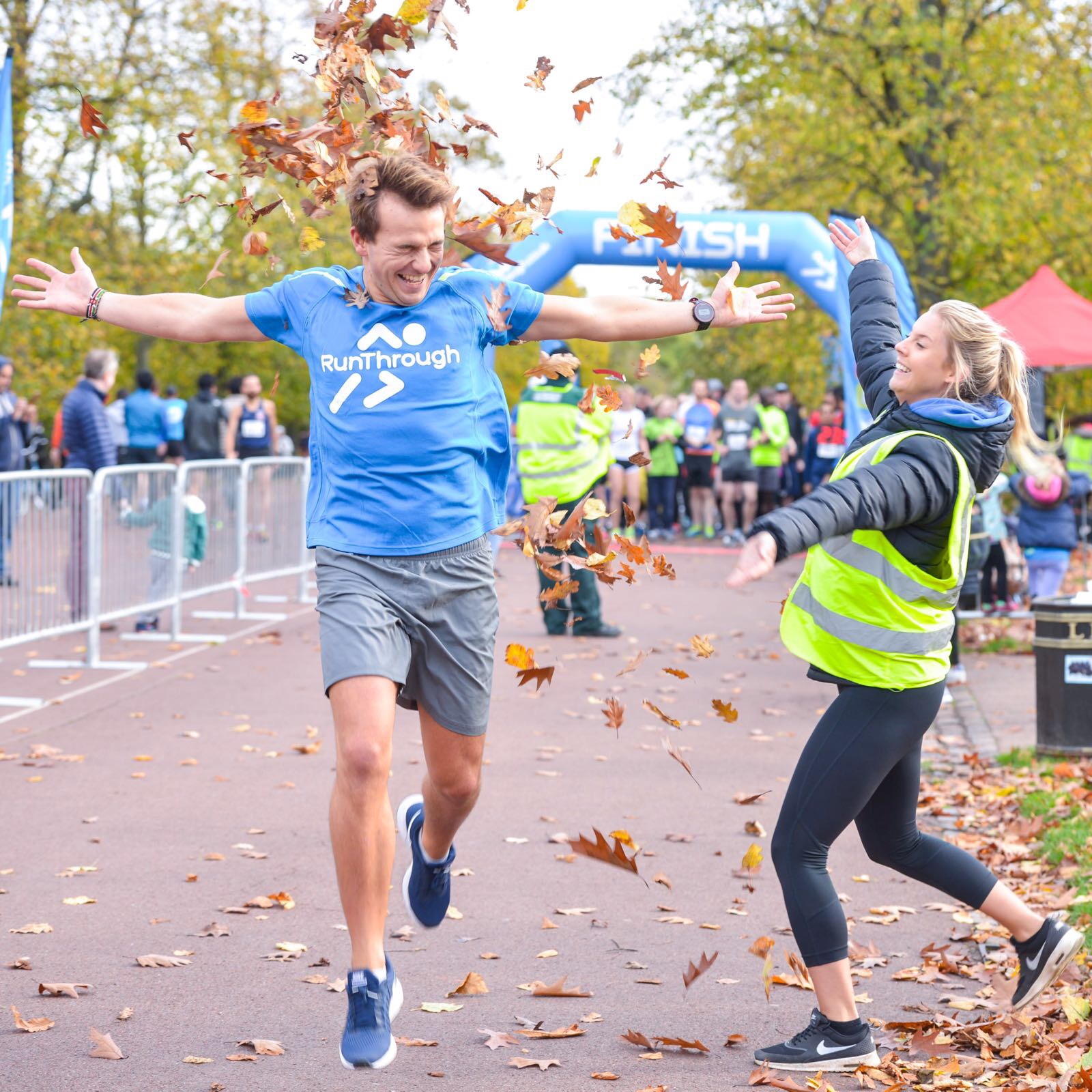 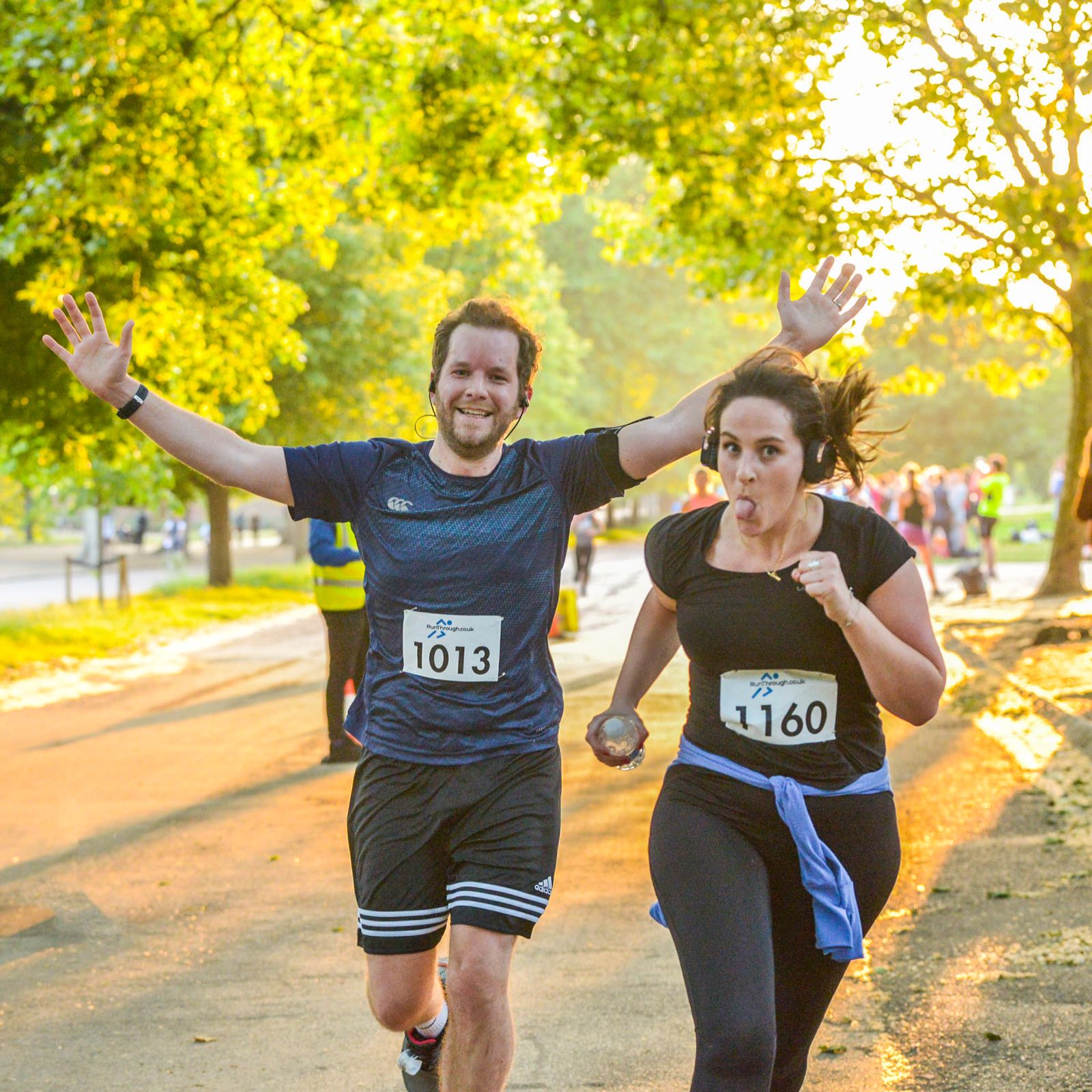 In 2017, RunThrough set up and made base for their first HQ in Putney!

This was also the first year RunThrough held the road closed Knebworth Half Marathon at the iconic Knebworth House in Hertfordshire, which saw over 3000 runners take to this brand new and exciting route. The event scheduling was growing every year which meant the full time team at RunThrough was growing too with more full time members joining the team, including Jason who actually marshalled at the first RunThrough event. 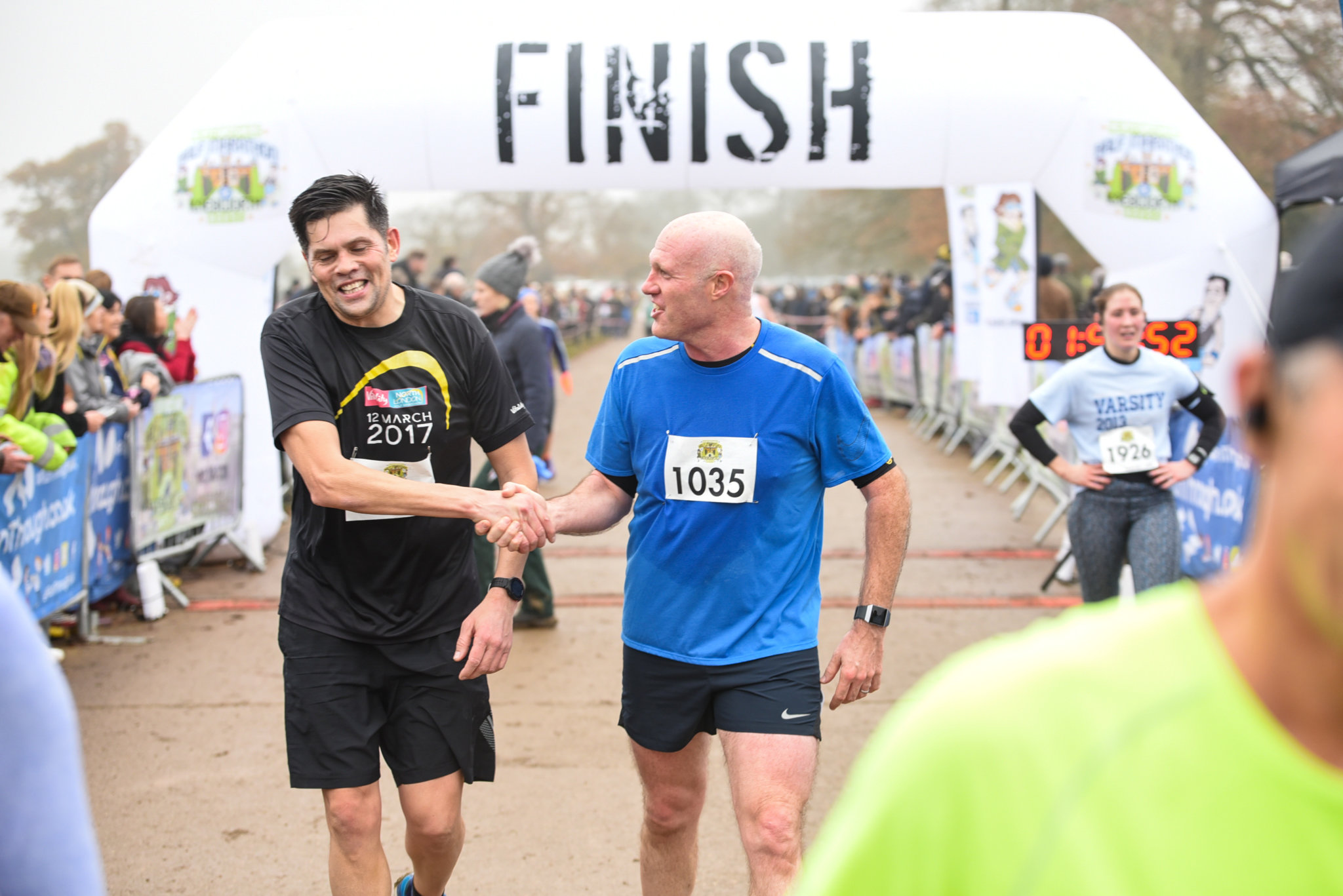 In 2018 RunThrough shinned a fresh perspective on running events across the UK and brought events to motor circuits such as Goodwood Motor Circuit, Oulton Park and Bedford Autodrome to form the Running Grand Prix Series while also taking on world famous horse racing venues and hosting the first 5k, 10k & Half Marathon at Aintree Racecourse.

RunThrough continued to tap move into new regions around the UK and venues reaching hundreds more runners with their first event in the midlands, the Leicestershire Half Marathon at Prestwold Hall in Loughborough, Colchester Zoo. 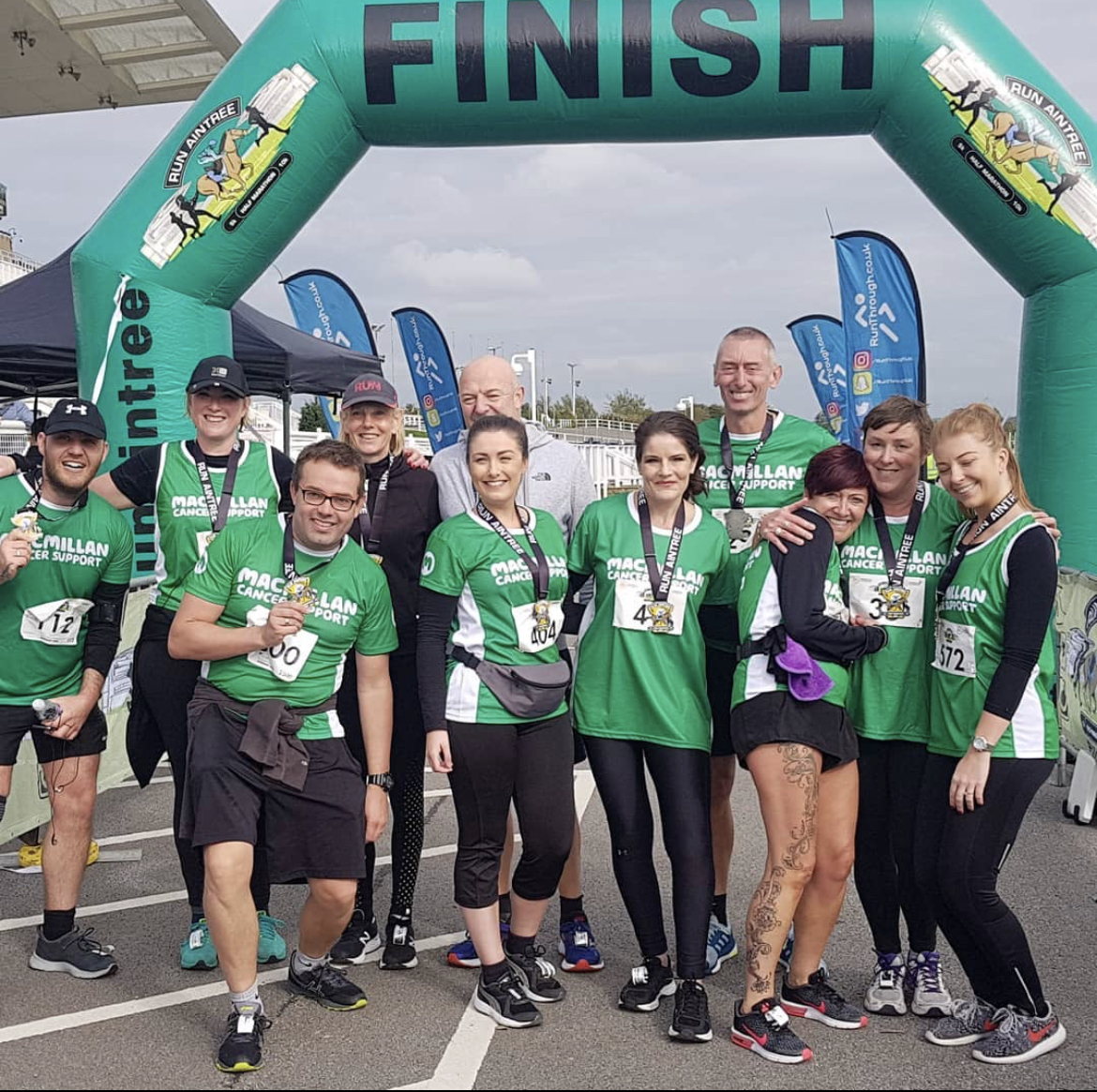 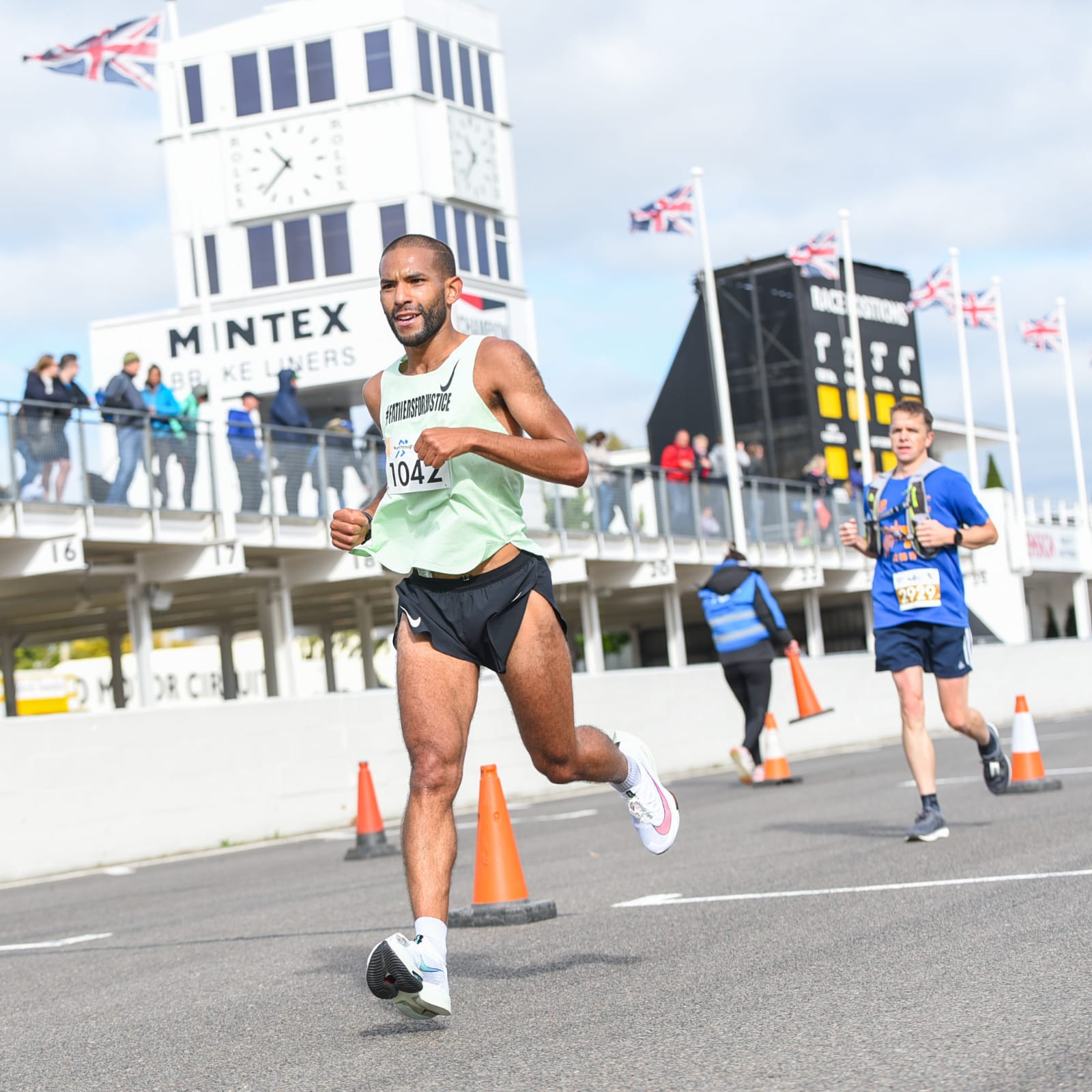 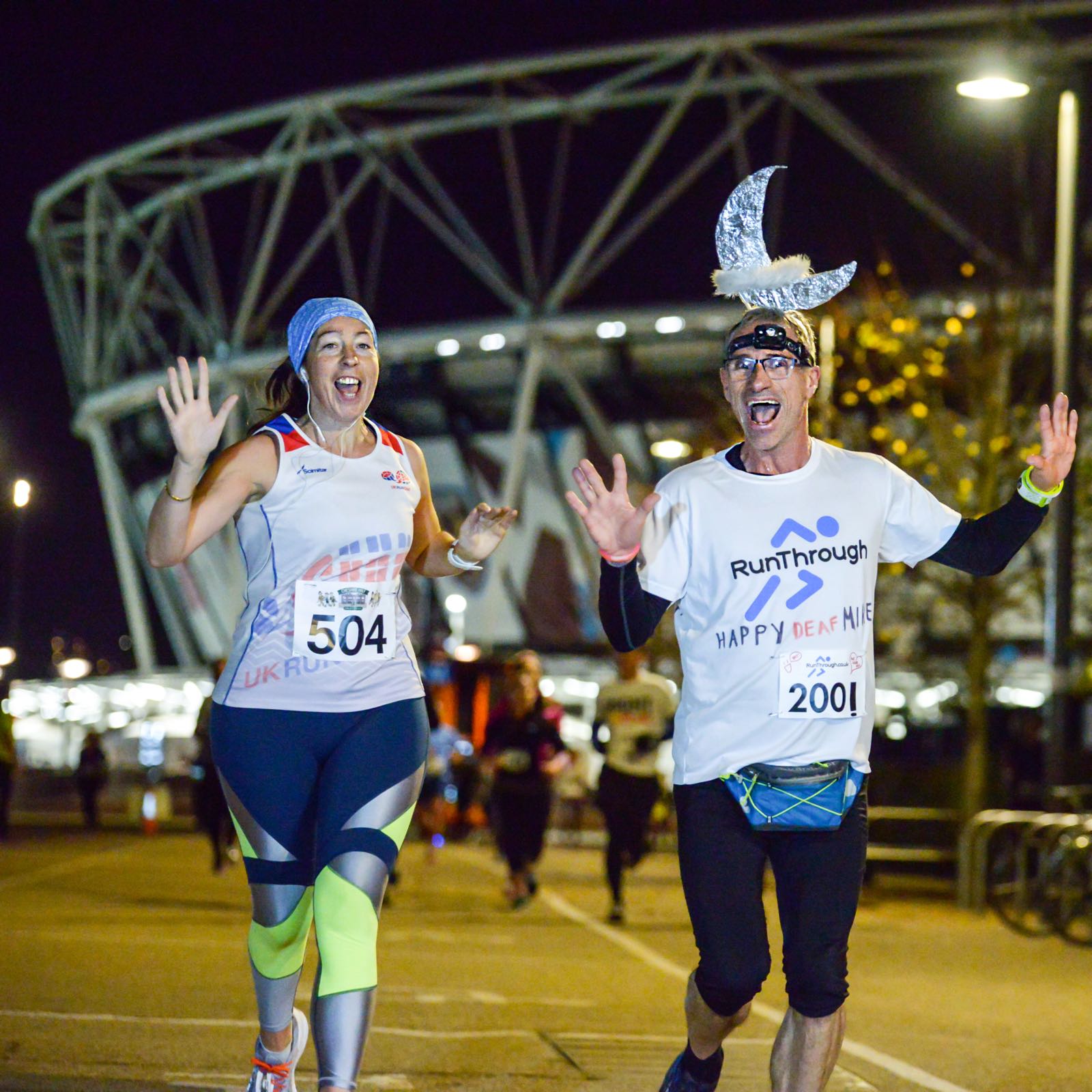 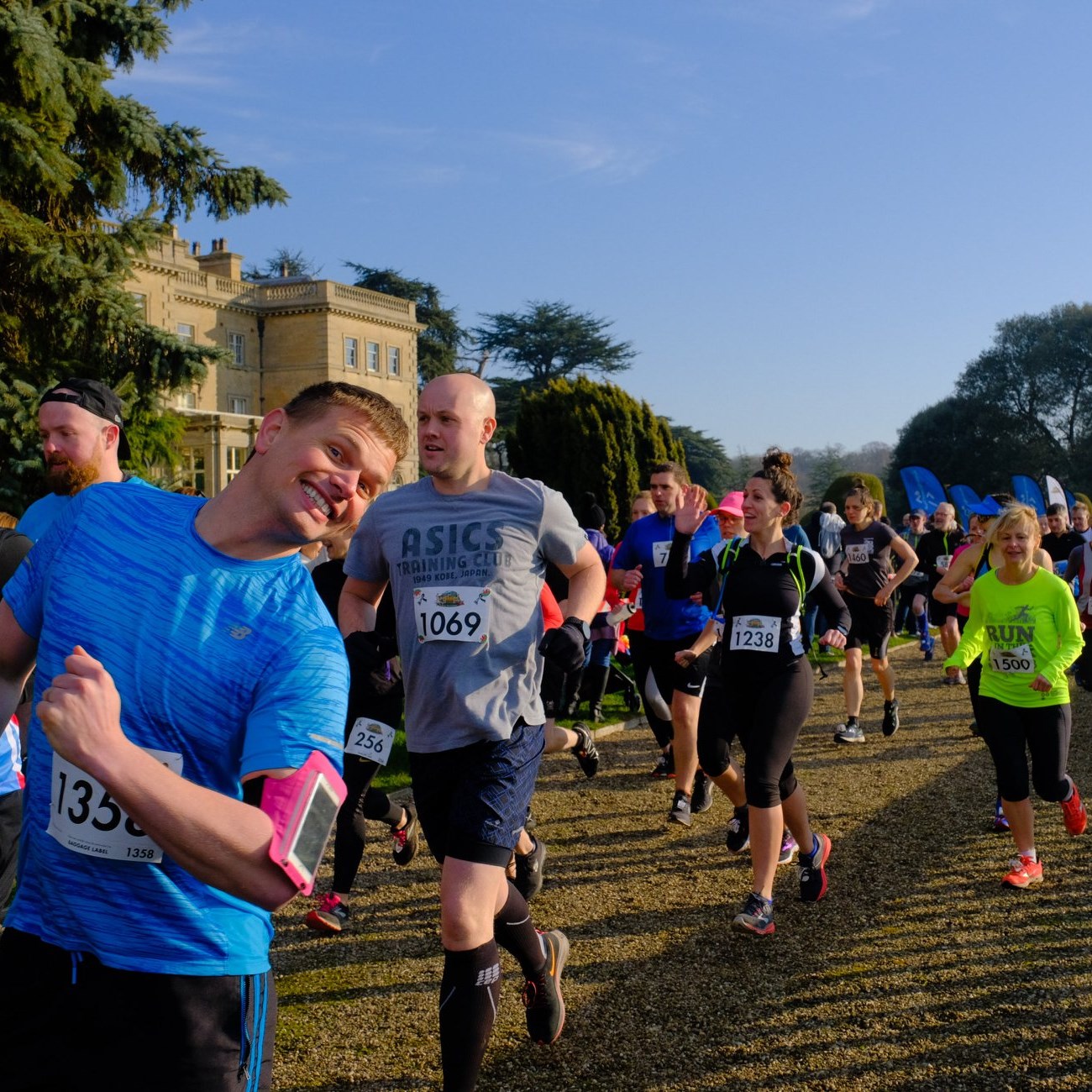 In 2019 RunThrough found itself hitting the landmark of hosting 150 events across the UK within the year. One of which was the brand new London Half Marathon held at Queen Elizabeth Olympic Park in February 2019, and hosted over 4000 runners on the day. Joining the growing list of races with over 4000 people regularly attending. 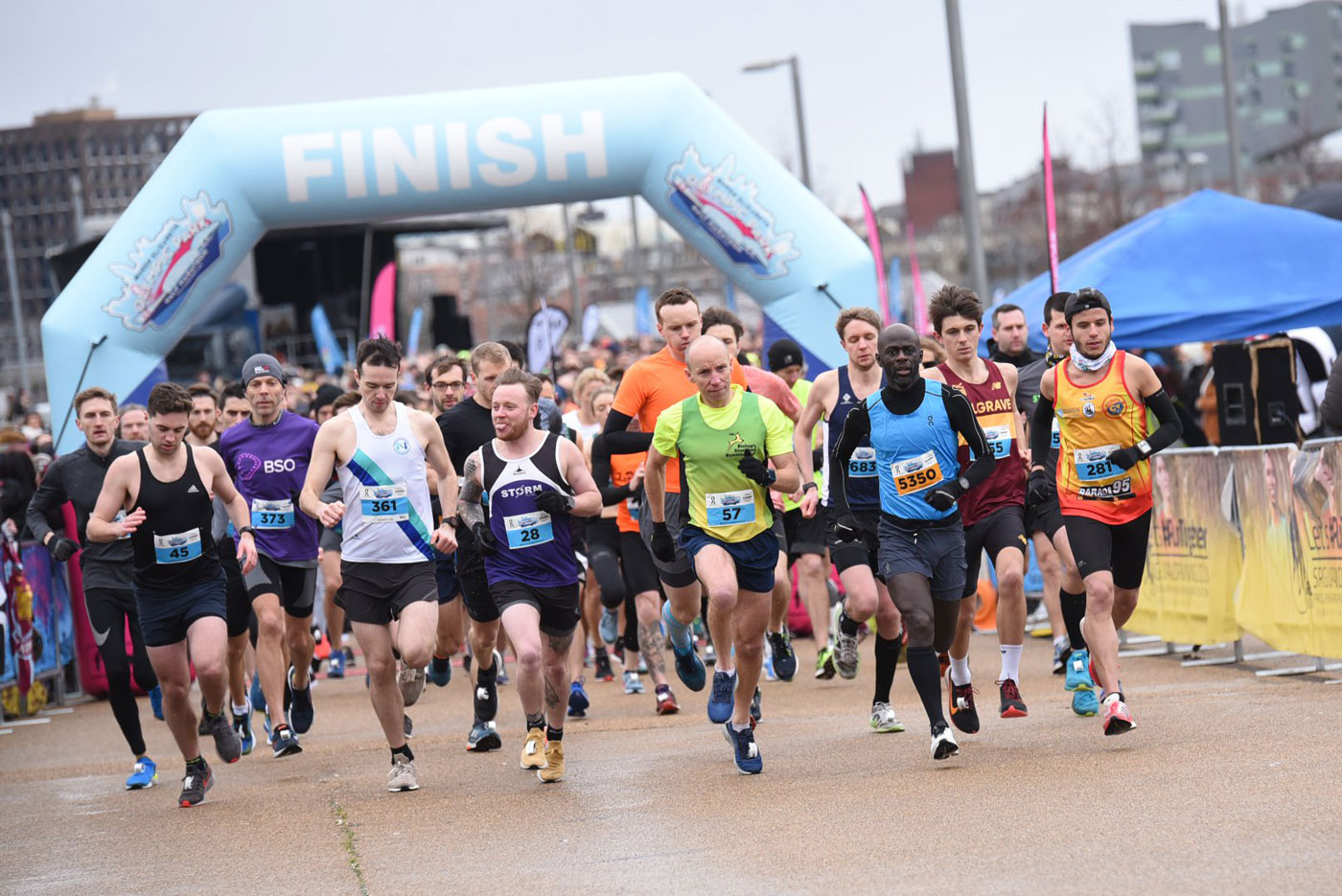 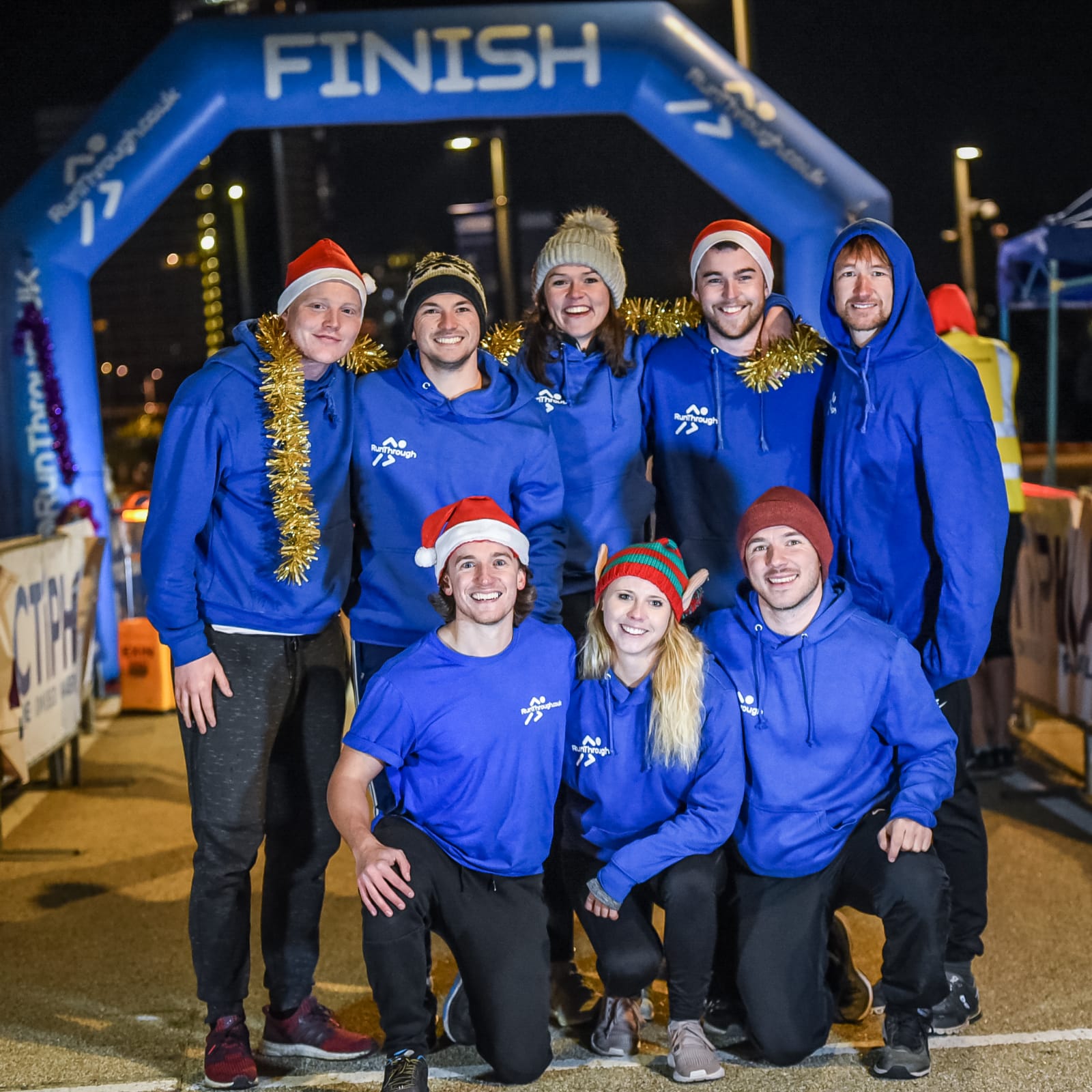 A year like no other, when the coronavirus pandemic hit in March the world was brought to a standstill and the plug was pulled on all event!

Despite live events on pause, the running community didn’t stop running and it became more important than ever that people kept active and looked after their physical and mental health. RunThrough introduced their virtual running events including the brand new Virtual Marathon Series and continued to offer runners a target and medal to run for with over 100,000 runners entered a virtual event and receiving their well earned medal and goodies in the post!

The year was not one to be written off though as RunThrough Kit was brought to life after years in the making and planning, RunThrough branched into the running kit world and launched a range of clothing and accessories designed by runners for runners. 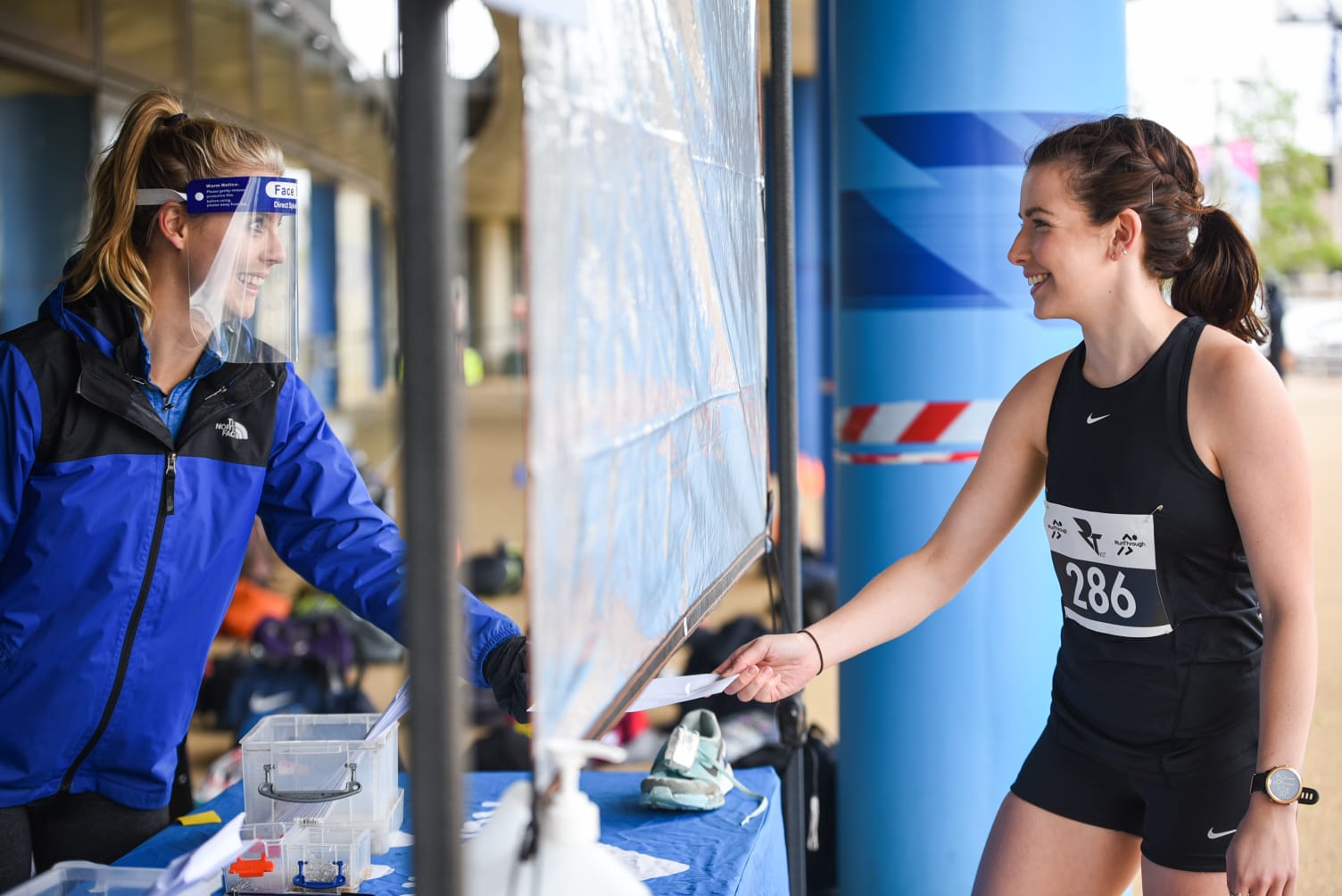 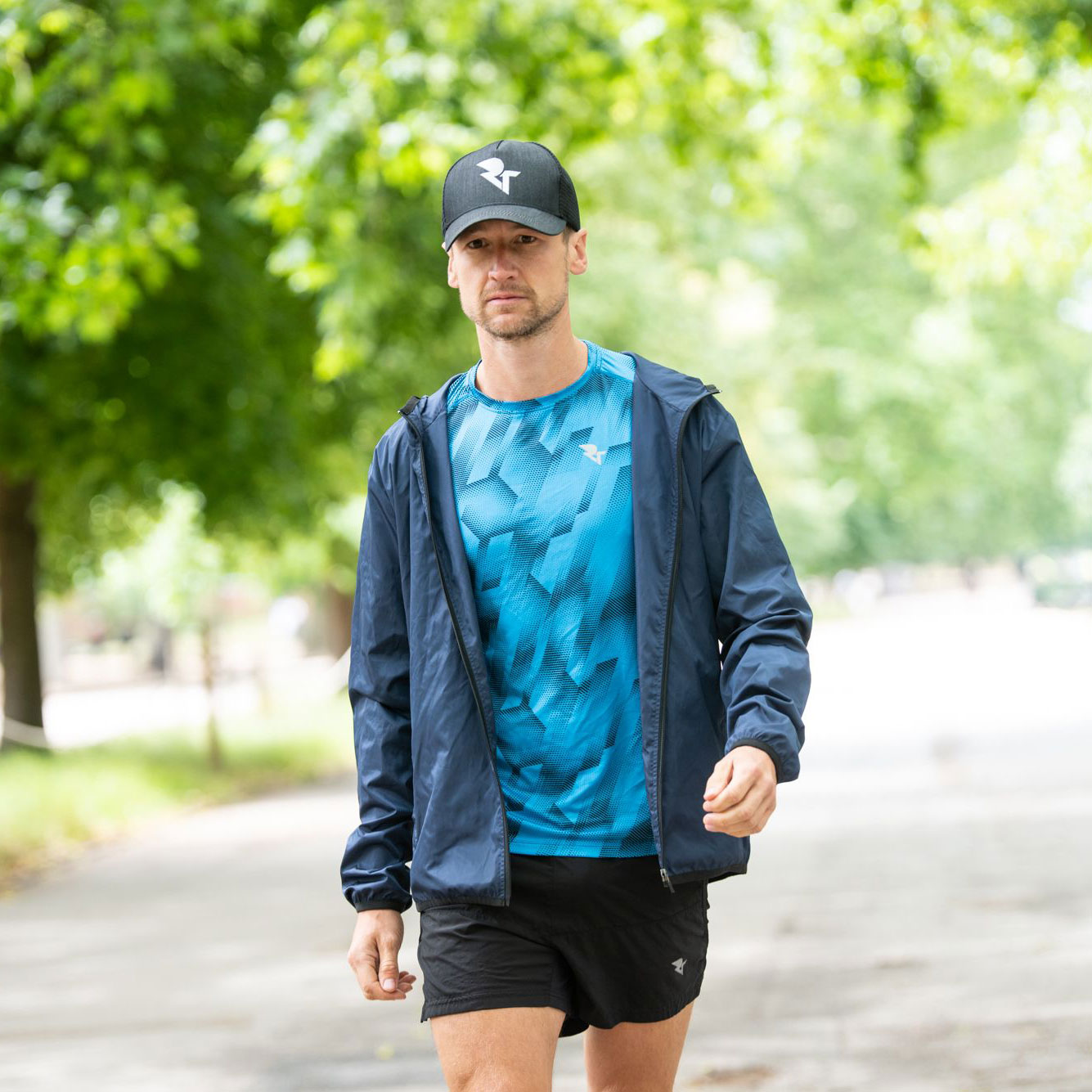 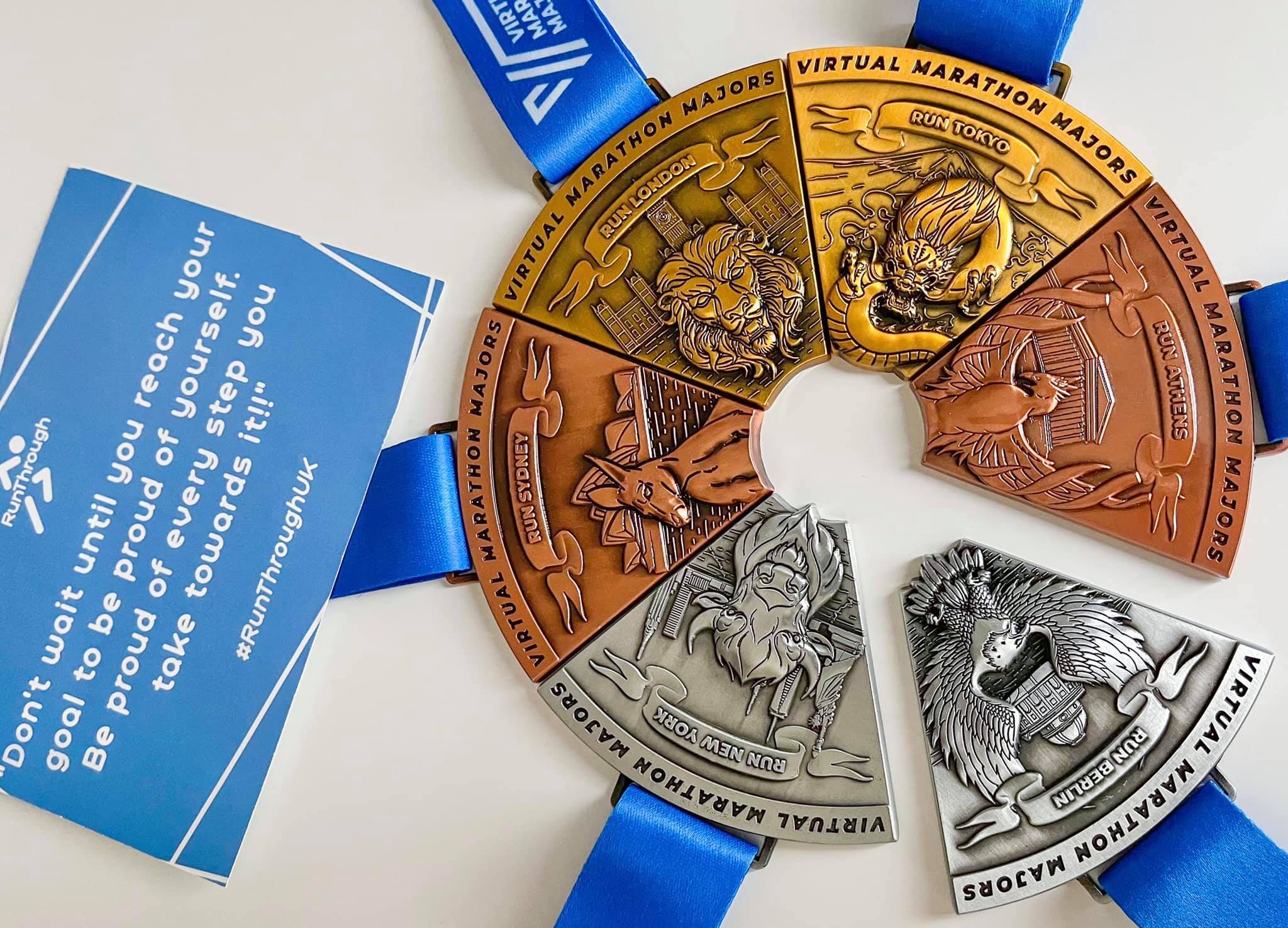